What positions are the kids playing in the 7v7 game and what are their roles? How will this benefit them as they move on to 11v11? Is there any carryover?

At times it can look like a mess on the field as the fields that our 7v7 teams play on are not super big. Also partly as a result of the smaller space the bigger, more athletic players often take over and seem like they are all over the field. We don't want to discourage those players from trying to find the game or ball wherever it may be, but we do want to start to encourage them to learn to work together with their teammates and the team to work together as a whole group.

In order to do that, the players need to start understanding their roles within the team based on what position they are playing. They will all probably play a lot of different positions during the next few years as them experiencing multiple positions is healthy and positive for their development as a complete player that is capable of playing multiple positions.

We currently play with the 1-2-3-1 formation at 7v7 because we feel that this formation best transfers into the 11v11 game by demanding that the positions present similar roles and have similar tasks as those same positions do when the players get to 11v11. The red arrows on the diagrams show each of the positions general areas of influence and movement on the field.

When the formation reads: 1-2-3-1, it starts from the back and works it's way forward. 1 = the GK. 2 = the backs, 3 = the mids, and 1 = the forward. Also take note that we try not to use the term "defender" or "attacker" because much like basketball, everyone on the team (including the forward) is a defender when we don't have the ball and everyone on the team (including the GK) is an attacker when our team has the ball. 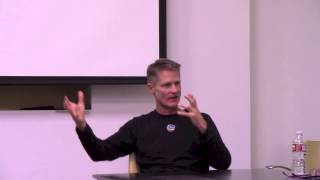